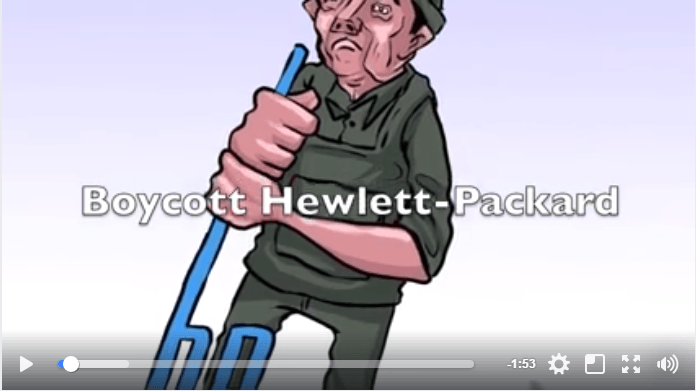 Check out this new video USCPR member group Adalah-NY just released as part of our #Marking50 Week of Action!

The video focuses on HP’s complicity in Israel’s denial of Palestinian rights, including its continuing role in underpinning Israel’s brutal military occupation. Watch and share it now!

As we continue #Marking50 this week to bring attention to the plight of Palestinians living under occupation in the West Bank, including East Jerusalem, and Gaza, now is the time to also push forward boycott and divestment campaigns to force companies to stop underpinning Israel’s oppression.

We have more than 50 actions taking place nationwide to mark this moment, but today, we need you to take action online!

For years activists worldwide have been targeting Hewlett Packard Enterprise and HP Inc. for enabling Israel’s racial profiling of Palestinians and hindering their freedom of movement; helping Israel implement its siege of Gaza; and supporting illegal Israeli settlements. In February 2016 we sent letters to the CEOs of both companies asking for clarity around HP companies’ occupation-related contracts. We have yet to receive any response.

HP Enterprise is hosting its #HPEDiscover event this week in Las Vegas. Let take action online today by tweeting using both the event hashtag #HPEDiscover and #Marking50 to demand all HP companies stop profitting off of occupation!

Copy and paste the following sample tweets through your Twitter account. Scroll down for memes to also include in your tweets. Click on an image, then right click on the media file that opens up, save it, and then add it to a tweet. 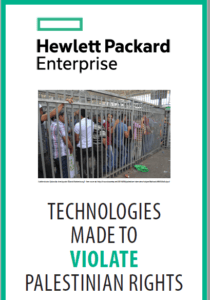 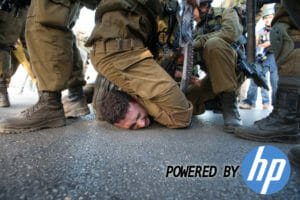 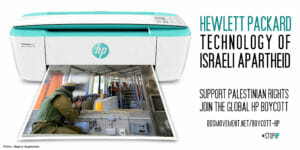 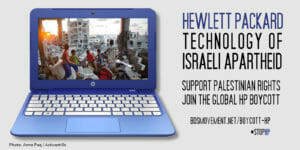