Churches are standing up! 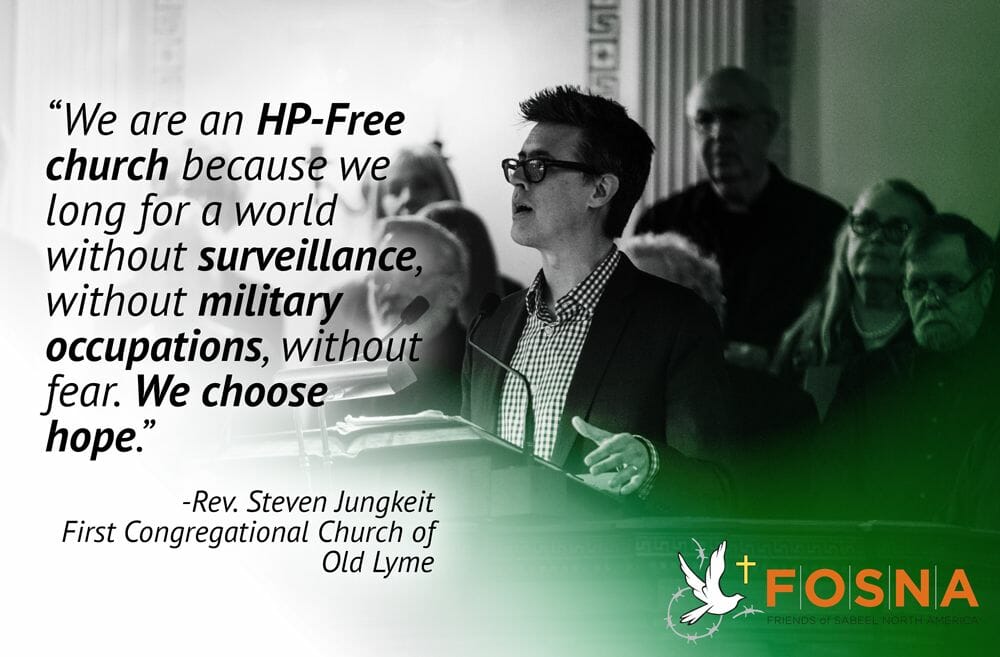 Have you heard the news? In the last several weeks alone, more than 35 local, regional, national, and international church bodies have taken bold actions in support of Palestinian rights!

A flurry of churches — 17 and counting — have declared themselves HP-free across the country in denominations including American Baptist, United Methodist, United Church of Christ, Unitarian Universalist, Presbyterian, Church of the Brethren, Quaker, Catholics, and others, as Friends of Sabeel – North America announced this week. The global Boycott HP Campaign campaign continues to escalate pressure on HP until it responds to these key questions and commits to ending its role in Israel’s abuses of Palestinian rights. Are you part of a church? Learn how your congregation can become HP-free. It’s easier than you think! 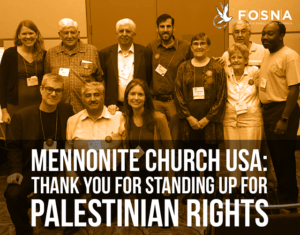 These principled churches have brought local congregations into the larger snowball of regional, national, and international churches taking action. Brace yourselves… there are a lot of them!

That’s a lot to take in! After you’ve caught your breath, take a moment to thank the Disciples, Mennonites, and UCC so they know what broad support they have in this time. 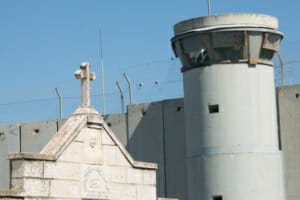 The Palestinian Christian community has long — through the Kairos Document — called on churches to support their struggle for collective liberation, a sentiment recently echoed by the National Coalition of Christian Organizations in Palestine’s letter to the World Council of Churches and the ecumenical movement. Learn more on the Palestine Portal.

At a time when Palestinian rights advocacy is under severe repression, churches are not backing down. We know that those defending Israel’s occupation malign boycotts, divestment, and sanctions as tools for social change for one simple reason: they work.

This week, Ha’aretz reported “Foreign Companies Wary of Operating Jerusalem’s Light Rail Because It Traverses ’67 Border.” Following billions of losses in contracts following boycott and divestment campaigns, the multinational Veolia divested of its contracts with Israel in 2015, and other companies are shying away from the same contracts precisely because of the political and economic cost. Together, our work is taking the profit out of occupation.

P.S. The US Campaign has supported one church win after another, year after year. But we still have so much work to do. We need you by our side to keep taking the profit out of occupation and changing hearts and minds across the country. Please invest in more wins with a donation to the US Campaign today.