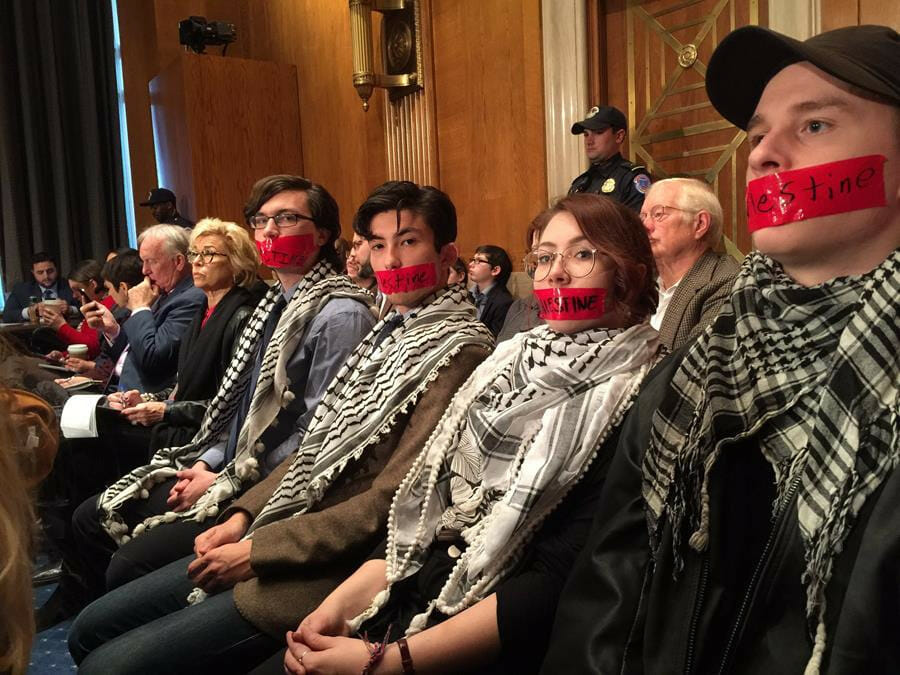 18 JunTell Congress: criticism of Israel is not antisemitic!

When a torch-wielding mob of white supremacists stormed through the streets of Charlottesville, Virginia last year chanting “Jews will not replace us!” I was horrified, but not shocked.

Antisemitism is unfortunately alive and well in the Trump era, stoked by a president whose nativist rhetoric and policies both reflect and embolden new heights of white nationalism, racism, and bigotry.

It would be great if Congress passed legislation to confront antisemitism, along with all other forms of racism, bigotry, and discrimination against Black, brown, indigenous, immigrant, disabled, Muslim, and Jewish people. Unfortunately, that’s not happening.

Instead, a bill recently reintroduced in Congress, S.2940/H.R.5924, purports to combat antisemitism, but its real intent is to conflate criticism of Israel and advocacy for Palestinian rights on college campuses with anti-Jewish bigotry.

As our partners at Jewish Voice for Peace put it so succinctly, this bill is a shameless attempt to cynically exploit a rise in real antisemitism to target advocates of Palestinian human rights on college campuses.

Contact your Members of Congress and tell them to oppose this bill.

The bill would require the Department of Education (ED) to “take into consideration” a discredited State Department definition of antisemitism used abroad, which even its author admits would constitute a violation of the First Amendment if applied domestically. According to this definition, extremely vague categories of criticism of Israel such as demonizing, delegitimizing, or holding it to a double standard would be considered antisemitism.

As a Jewish person who supports Palestinian rights, I’m incensed Congress would consider this bill. Regardless of your religion, you should be outraged too.

If this bill becomes law, campus student groups – like Students for Justice in Palestine – could be targeted by the ED for activities such as holding a rally at which a speaker said Israel is practicing apartheid against Palestinians, or holding a teach-in on the one-state resolution, or organizing a boycott campaign targeting only Israeli companies.

This bill is especially dangerous now that Kenneth Marcus, who eked out a 50-46 party line vote earlier this month, has been confirmed as Assistant Secretary for Civil Rights in the ED. Filing spurious complaints with the ED, falsely alleging that organizing for Palestinian freedom, justice, and equality on college campuses constitutes harassment of and discrimination against Jewish students, has been the bread and butter of Marcus’ career.

Now, Marcus is the gatekeeper of such complaints. If he is empowered with a new law conflating political speech critical of Israel with antisemitism, you can be sure that he will use it to crack down on student organizing for Palestinian rights.

We can’t give him that power. Contact your Members of Congress now.

Students play, and have always played, a trailblazing role in organizing for social change. Just last month, the student governments at California State University, East Bay and the University of Oregon passed resolutions calling for divestment from companies that profit from Israel’s human rights abuses of Palestinians, bringing the number of campuses which have called for boycott and divestment to nearly 50!

Students all over the country are organizing for Palestinian freedom, justice, and equality. These rights are human rights to which all people are entitled. The people advocating for them should not be smeared with baseless accusations of antisemitism.

We will not let them succeed. Contact your Members of Congress now to oppose this dangerous bill.

P.S. Check out the resources we’ve compiled on this bill here.