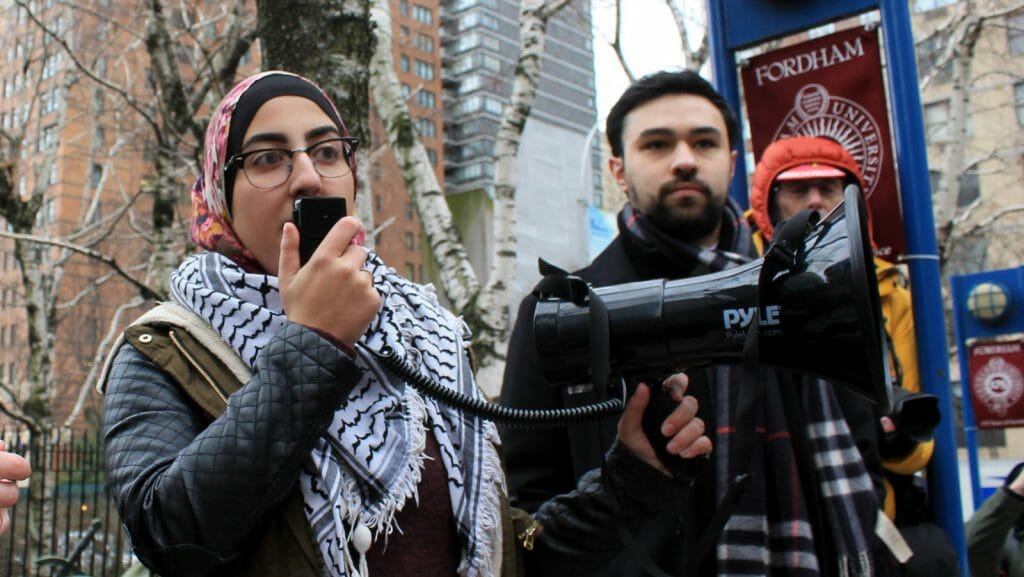 09 JunStudents for Justice in Palestine has a right to exist.

It’s Day 5. Fifty years ago today, Israel was near completion of its occupation of the Palestinian West Bank and Gaza Strip, which continues today, a half century later, on top of Israel’s acquisition of the rest of historic Palestine in 1948.

Extraordinary actions have been unfolding every day from coast to coast as part of an inspiring Week of Action #Marking50, including this subway poem-reading action by member group Librarians and Archivists with Palestine, and much more!

To complement these actions on the ground, here’s the fifth online action in our six-day series supporting policy advocacy, faith-based work, corporate accountability, and more…

For months, Fordham University has denied Students for Justice in Palestine the right to be an official club on campus, prompting a lawsuit by the Center for Constitutional Rights and Palestine Legal on behalf of the students. This week, Fordham moved to dismiss the lawsuit and, in its response, betrayed the true motivation for its ban: SJP’s commitment to justice in Palestine.

NOW is the time to send the strongest message possible to its administration demanding an end to its ban! Please take these quick actions:

Yet in today’s backwards world, it is Students for Justice in Palestine — which supports justice and liberation — that is fighting for its right to exist on Fordham’s campus.

SJP has always stood for those fighting discrimination. Today, let’s stand with them.