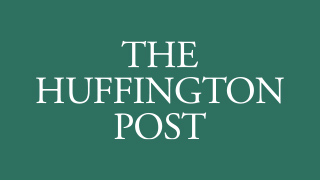 Tomorrow President Donald Trump will meet Israeli Prime Minister Benjamin Netanyahu at the White House. Will the highly anticipated meeting result in groundbreaking policy developments, such as an announcement that the United States will move its embassy to Jerusalem?

The unpredictable nature of the Trump administration makes the consequences of this meeting difficult to predict. However, a hearing and vote by the Senate Foreign Relations Committee on Thursday on the nomination of bankruptcy lawyer David Friedman to be ambassador to Israel will have monumental significance for the future of US policy toward Israel and the Palestinians.

Trump’s nomination of Friedman to be ambassador to Israel should be resoundingly rejected by the Senate. Friedman’s views on the Israeli-Palestinian issue are extreme: he categorically opposes Palestinian human and national rights, he fervently identifies with and funds Israel’s illegal settlement drive in the Palestinian West Bank, and he viciously demonizes those who disagree with his fundamentalist worldview.

The already compromised ability of the United States to achieve Israeli-Palestinian peace would be irrevocably tainted were the Senate to confirm Friedman as ambassador because his views align with the most hawkish Israeli positions and contradict decades of established, bipartisan US policy designed to promote peace.

For example, Friedman opposes Palestinians exercising sovereignty over any portion of their historic homeland. Writing in Arutz Sheva, a media outlet of the Israeli settlement movement, Friedman described the establishment of a Palestinian state as a “damaging anachronism.” A two-state resolution, he claimed, is “an illusory solution in search of a non-existent problem.” Friedman also conspiratorially holds that US support for Palestinian statehood is part of a “scam” designed to “access the wealth of the Persian Gulf.”

Friedman’s staunch opposition to Palestinian statehood places him at odds with formal US policy positions endorsed by the previous three administrations of Presidents Bill Clinton, George W. Bush, and Barack Obama. Moreover, his hostility to Palestinian statehood is an implicit rejection of the entire “land-for-peace” paradigm that has defined every international Israeli-Palestinian peacemaking initiative since the adoption of UN Security Council Resolution 242 in 1967.

Instead of backing Palestinian statehood, Friedman speaks approvingly of Israel annexing the West Bank, including East Jerusalem. In his estimation, Israel could do so and still retain a Jewish majority and be democratic, a claim at odds with statistics published by the Department of State, which has acknowledged as far back as 2005 that Palestinians outnumber Israeli Jews between the Jordan River and the Mediterranean Sea. How does Friedman accomplish this numerical legerdemain? Apparently by relegating Palestinians in the Gaza Strip to perpetual statelessness under Israel’s ongoing, illegal blockade and by not granting Palestinians in the West Bank Israeli citizenship. This blatantly separate-and-unequal annexation scheme is unpalatable.

Friedman’s pro-annexationist views, however, are unsurprising for someone who so passionately self-identifies with Israel’s settler movement. “We should expand a community in Judea and Samaria,” Friedman states, employing the Biblical terms for the West Bank favored by supporters of Israel’s colonization of Palestinian land, “just like in any other neighborhood anywhere in the world. Until that becomes the primary consideration for development, how can we expect to be taken seriously that this is our land?”

“Our land?” How can the United States have as its ambassador to Israel someone who believes that it is his personal God-given patrimony to dispossess Palestinians from their land? Friedman’s zealous advocacy of Israeli settlements flies in the face of fifty years of stated bipartisan opposition to Israel’s settlement drive, which is a blatant violation of the Geneva Conventions and considered a war crime by the International Criminal Court. The illegality of Israel’s colonization of Palestinian land was most recently upheld in UN Security Council Resolution 2334, passed in December, which the United States chose not to veto.

Not only is Friedman a vociferous supporter of Israeli settlements; he also puts his money where his mouth is. He is the president of American Friends of Bet El Yeshiva, an organization granted nonprofit status by the Internal Revenue Service whose sole purpose is to funnel money to support an illegal Israeli settlement and thereby subvert US policy. According to the organization’s latest publicly available tax return, in 2014 alone, Friedman helped raise nearly $2.3 million for this nefarious purpose. The land on which the Beit El settlement is built was expropriated from private Palestinian landowners from nearby villages by the Israeli military in 1970.

If confirmed, Friedman plans to work from his private apartment in Jerusalem rather than the US Embassy in Tel Aviv while he continues to advocate for the embassy to be moved to Jerusalem, a Trump campaign pledge which, if implemented, would radically upend 70 years of bipartisan US policy of not recognizing Israeli claims of sovereignty over the contested city.

Friedman also regularly resorts to vicious ad hominem attacks meant to demonize anyone who does not agree with his extremist positions. For example, he has recklessly accused President Barack Obama and former Secretary of State John Kerry of “engaging in blatant anti-Semitism.” He has also excoriated liberal Jewish Zionist groups, such as J Street, which support the establishment of a Palestinian state, dubbing them “far worse than kapos,” Jewish people coerced by the Nazis to help them administer the concentration and death camps. This vitriol demeans the victims of Nazi genocide and diminishes from the actual brutality and horror of the Holocaust. And, in Friedman’s eyes, if Jewish people who support Palestinian statehood are far worse than kapos, then non-Jewish people who support the same objective must be far worse than Nazis.

David Friedman’s record unimpeachably demonstrates that he is ideologically and temperamentally unfit to represent the interests of the United States as Ambassador to Israel. The Senate should reject this outrageous nomination.