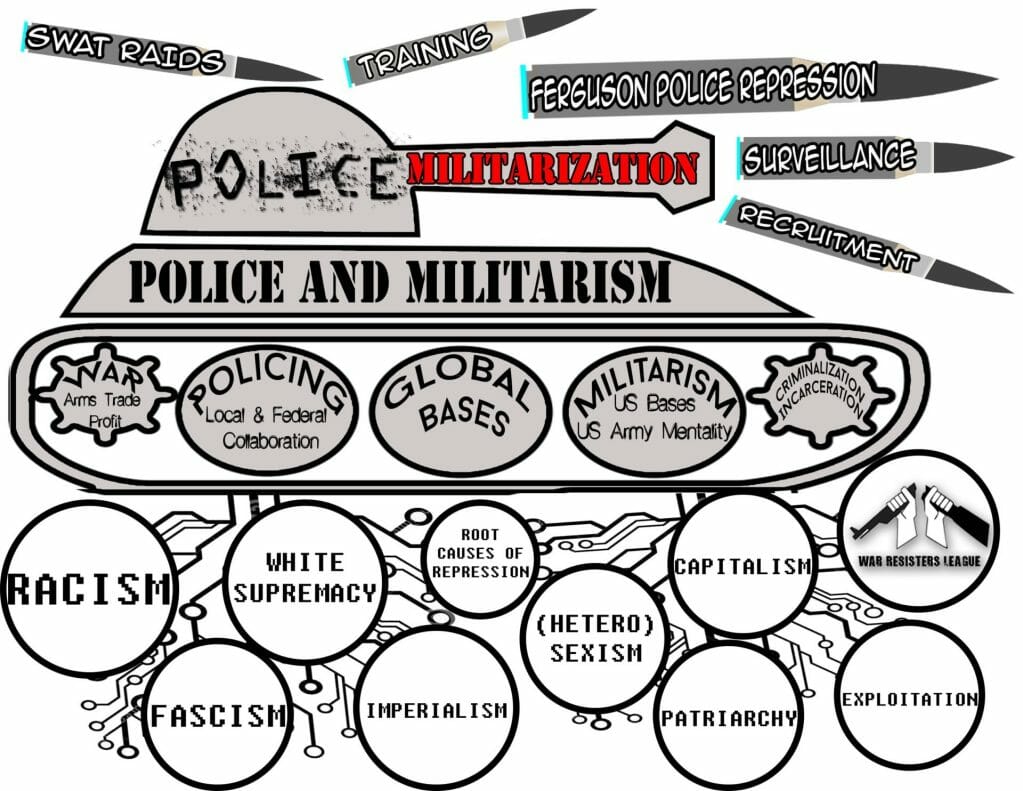 16 MarLearn How You Can Resist Police Militarization

In the past few years, we have witnessed rejuvenated efforts to end police brutality and other forms of state violence against black and brown communities. This has included campaigns to stop the militarization of police in local communities, which is the use of military equipment and tactics by law enforcement officers, including the use of armored personnel carriers, assault rifles, grenade launchers, and SWAT teams. Oftentimes funding for this militarization is provided by the Department of Homeland Security Urban Areas Security Initiative in the name of fighting “terrorism.”

Join us on Wednesday, March 22 at 8:30pm EDT/7:30pm CDT/5:30pm PDT for a webinar to learn more about police militarization, community led resistance efforts in the Bay Area and Chicago, and why this is an issue of concern for activists supporting Palestinian rights. Register here!

Our speakers will be: 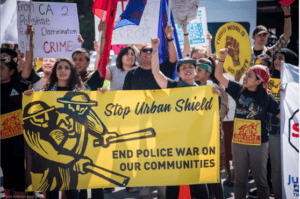 Organizing against police militarization is one front in the overall fight against US militarism at home and abroad, which includes US support for Israel’s oppression of Palestinians. Stop Urban Shield is a coalition of grassroots community and social justice organizations in the Bay Area that have united against Urban Shield, a SWAT team training and weapons expo that brings together local, regional, and international police-military units- including those from Israel– to collaborate on new forms of surveillance, state repression, and state violence. Last October, activists confronted the Illinois Tactical Officers Association Conference in Chicago, which featured the notorious Islamophobe Sebastian Gorka as a keynote speaker, who now serves as a deputy assistant to Donald Trump.

Join us next week to learn more about the many facets of the fight against police militarization and how you can get involved.