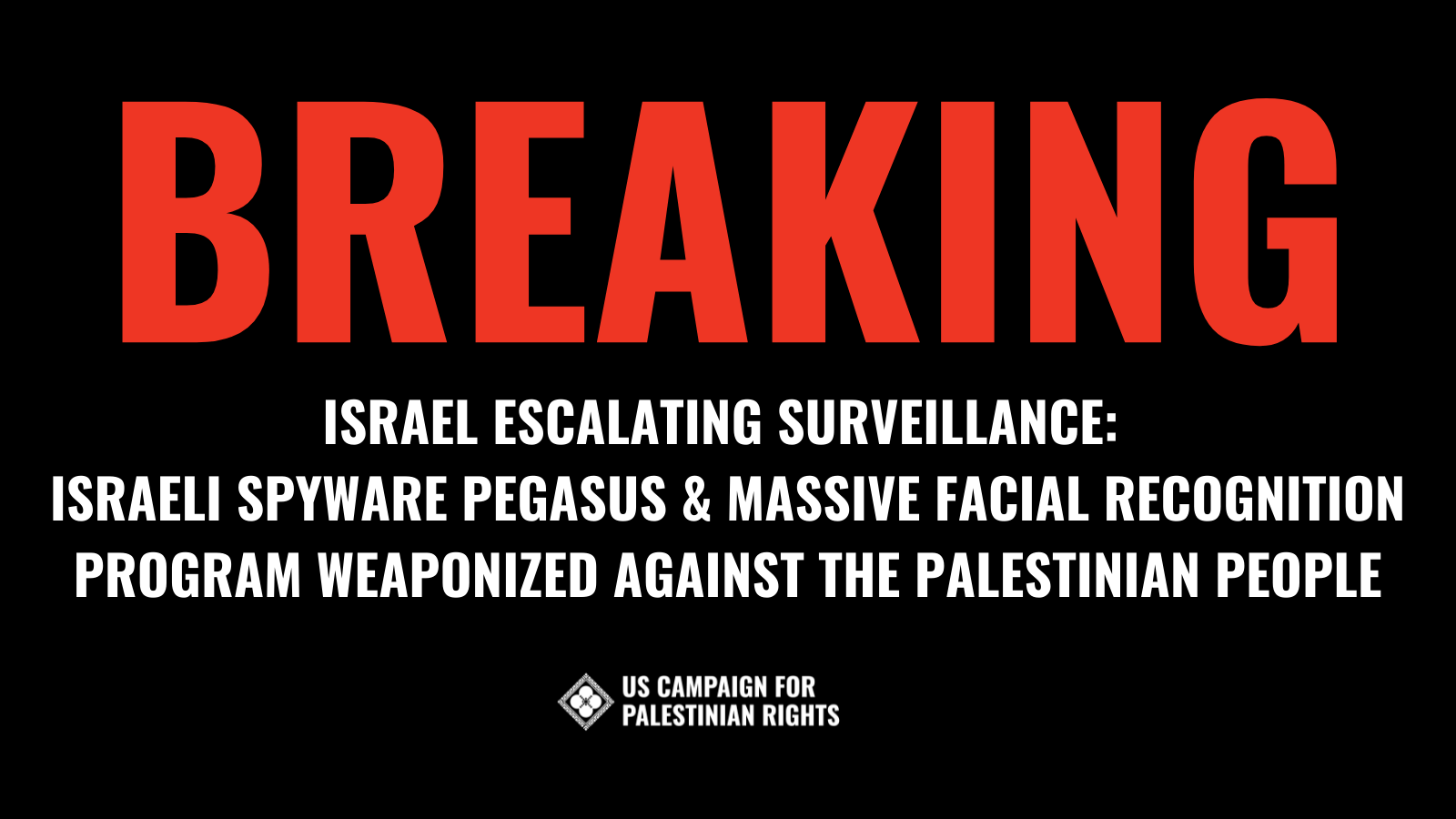 News just broke that NSO Group’s Pegasus spyware has been detected on phones of six Palestinian rights defenders, three of whom work for Al-Haq, Addameer Prisoner Support and Human Rights Association, and the Bisan Center for Research and Development, organizations that Israel recently criminalized. Meanwhile, the Washington Post has uncovered a massive Israeli military facial recognition program threatening the safety of the Palestinian people, with Israeli military units photographing thousands of Palestinians to track and criminalize everyone from the children to the elderly. Read more in this policy memo.

These developments are part of the Israeli regime’s calculated, systematic acts of repression and violence against the Palestinian people.

Pegasus is a tool of repression, weaponized by authoritarian governments, which can gain access to essentially everything on a phone, from activating the microphone to tracking the location. An investigative report released by Front Line Defenders, an international human rights organization, reveals the pattern of Israel’s repressive violence while calling for “an immediate global moratorium on the export, sale, transfer and use of surveillance technology until an adequate human rights regulatory framework is in place.”

Surveillance tech is a threat against all our communities. The Israeli regime exports its weapons and surveillance tech, field-tested on Palestinian people, to oppressive regimes around the world, threatening everyone’s safety while systematically targeting Black, Brown, and Indigenous communities.

In the words of USCPR’s Executive Director, Ahmad Abuznaid, “We know what repression looks like. The Israeli regime is a separate-and-unequal apartheid state employing every last authoritarian tactic at its disposal, but we know the truth: that liberation is coming and Palestine will be free.”

Liberation is coming so long as we continue our collective efforts toward justice. You can take action today by asking the White House and Congress to echo international calls to investigate Israel’s acts of surveillance. The U.S. government must take actionable steps toward accountability while divesting from surveillance technologies that erode our shared human rights. Contact the White House and Congress now using this action tool from Americans for Justice in Palestine (AJP) Action.

Read these statements from the #StandWithThe6 organizations and the Palestinian Digital Rights Coalition, and uplift their demands for immediate action from the international community. Find more resources to share in this social media toolkit.

This moment calls for collective action in order to protect our collective safety across borders. In defense of Palestinian human rights and human rights everywhere, continue to demand accountability for Israel’s crimes.