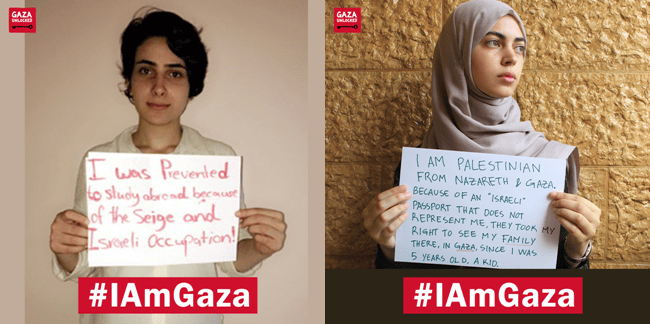 Since we marked 10 years of Israel’s brutal siege on Gaza less than 2 weeks ago, the situation for Palestinians there has deteriorated immensely. Israel has further cut Gaza’s electricity supply so that now more than 2 million people there only have access to around 2-3 hours of electricity per day. This lack of electricity means health, water, and sewage treatment systems are functioning even less than their usually low levels. The UN released a report last week declaring Gaza to be effectively unlivable due to declining incomes, healthcare, education, electricity and fresh water.

While this major humanitarian crisis unfolds, a crisis that is deliberate policy by Israel that can be dealt with by simply opening up Gaza’s borders, there has been very little coverage by mainstream media outlets.

Today in coordination with several member groups, including American Friends Service Committee, as well as activists in Gaza, we are amplifying the experiences of Palestinians living there and what it means to be living under blockade.

Here is what you can do:

Follow and retweet #IAmGaza and #GazaUnlocked on Twitter. AFSC has partnered with an organization called Al-Wedad in Gaza, which has organized a group of young Gazans to share tweets, videos, memes, and gifs over social media about the impacts of the siege on everyday life. We outside of Gaza are being ask to amplify these messages.

Respond back with messages of solidarity using #ISeeGaza and #UnlockGaza. Some examples:

#ISeeGaza under siege and demand pressure on Israel to #UnlockGaza

10 years of siege is 10 years too many. #UnlockGaza Now! #ISeeGaza

Israel’s intentions towards Palestinians are most clear when it comes to Gaza: complete destruction. #ISeeGaza #UnlockGaza

#ISeeGaza and demand an end to billions of US military aid to Israel helping enforce the blockade. #UnlockGaza

Find more resources to share about Gaza at our website, or from member groups AFSC, Rachel Corrie Foundation, and Jewish Voice for Peace.