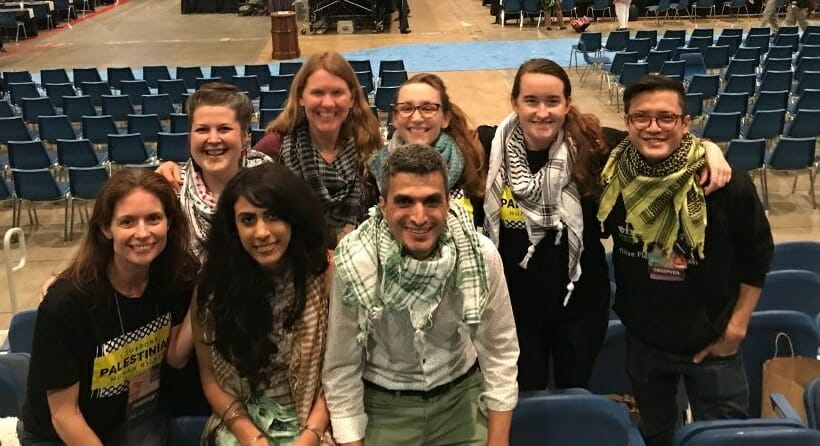 23 JunBREAKING: 10 big wins for Palestine at the Presbyterian Assembly!

Late on the night of Friday, June 22, 2018, the Presbyterian Church (USA), which represents nearly 1.5 million Americans, voted overwhelmingly in support of justice for Palestinians through resolutions on everything from opposing legislation challenging boycott, divestment, and sanctions (BDS) campaigns to defending the right to call Israel a colonial state!

The resolutions won by a mile following powerful testimonies from local and visiting Palestinians, Black Lives Matter leaders, Presbyterians, and others. Most of the resolutions passed by 80 or 90 percent or unanimously in committee and through the General Assembly.

The tide is turning. Four years ago this week, Anna Baltzer, our Director of Organizing and Advocacy, witnessed with tears in her eyes the PCUSA voting by a hair – 310-303 – to divest holdings from three US companies profiting from Israel’s occupation. At the time, PC(USA) was the first mainline church in the US to do so.

Massive, mainstream institutions like PC(USA) show how the political orientation and analysis at the grasstops level is shifting quickly, and that those claiming to be progressive without standing with Palestine are increasingly out of touch. 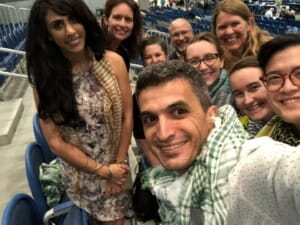 USCPR was proud to be on the ground working to support IPMN alongside Friends of Sabeel – North America, American Muslims for Palestine, St. Louis Palestine Solidarity Committee,  and St. Louis Jewish Voice for Peace.

Even as we are outraged by Trump’s decision to remove the US from the UN Commission on Human Rights to shield Israel from accountability, join us in taking a moment to savor these sweet victories as we recommit ourselves to the fight ahead for full freedom, justice, and equality for the Palestinian people.