The Myth of Citizenship framework highlights the systems of structural oppression in place in the United States and Israel, and explores the role that the construct of citizenship plays in furthering this oppression. The US and Israel portray themselves as democracies in which citizens have equal rights, but this has always been a myth. In both countries, dangerous ideologies of supremacy are entrenched in state institutions and the law, perpetuating inequality and injustice.

Israel as a Jewish State

By definition Israel’s commitment to  being a Jewish state necessitates codifying discrimination against Palestinian citizens as non-Jews in its laws. Israeli nationality does not exist, but a Jewish nationality – separate from citizenship – does. This means that national-citizens, i.e. Jews, are afforded greater rights under the law than citizens-only, i.e. Palestinians, who face a regime of institutionalized discrimination embodied in more than 50 discriminatory laws. Thus by their very existence, Palestinian citizens of Israel threaten Israel’s Jewish majority and are considered threats to, rather than members of, the state.

Israel’s Jewish citizen majority is not organic: it was artificially created by the expulsion of the Indigenous population and is maintained by denying citizenship to about half the people living under Israel’s control, namely Palestinians under occupation in the West Bank, including East Jerusalem, and Gaza.

This discrimination dates back to Israel’s founding and the Palestinian Nakba. Between 1948-1967, Israel imposed military rule on its Palestinian citizens, severely limiting their freedom of movement, livelihoods, and expression, while simultaneously passing laws to transfer Palestinian land to state ownership or control, all in all seizing 73% of all Palestinian land. Today Palestinian citizens may no longer live under military rule, but they are still treated as a fifth column, as exhibited by the state’s brutal response to protests demanding their rights (most notably the killing of six protesters at the 1976 Land Day protests and the killing of 13 in September of 2000).

The Inequality Report: The Palestinian Arab Minority in Israel

Hobbesian Citizenship: How the Palestinians Became a Minority in Israel

Readings on Citizenship and Nationality in Israel/Palestine: Structures of Identity, Difference and Democracy

We, sons and daughters of the Palestinian Arab people who remained in our homeland despite the Nakba, who were forcibly made a minority in the State of Israel after its establishment in 1948 on the greater part of the Palestinian homeland; do hereby affirm in this Declaration the foundations of our identity and belonging, and put forth a vision of our collective future, one which gives voice to our concerns and aspirations and lays the foundations for a frank dialogue among ourselves and between ourselves and other peoples. In this Declaration, we also set forth our own reading of our history, as well as our conception of our citizenship and our relationship with the other parts of the Palestinian people, with the Arab nation, and with the State of Israel. We further present our vision for achieving a dignified life in our homeland and building a democratic society founded upon justice, freedom, equality, and mutual respect between the Palestinian Arabs and Jews in Israel. We also put forward our conception of the preconditions for an historic reconciliation between the Palestinian people and the Israeli Jewish people, and of the future to which we aspire as regards the relationship between the two peoples. –Haifa Declaration

Where White Supremacy and Zionism Intersect

Palestinian citizens of Israel are not alone in facing discrimination. In a state built to maintain the interests of the white, Ashkenazi ruling class, Sephardi/Mizrahi Jews and Jews of color are only tolerated insofar as their existence maintains a Jewish majority, or serves to whitewash Israeli war crimes by with a facade of inclusion and democracy.

Unruly blog of the Jews of Color Sephardi/Mizrahi Caucus

Ethiopian Refuseniks– Video series with Ethiopian Jewish-Israelis who are currently refusing to do reserve duty in the Israeli army and claiming that there is institutional racism against their community.

No Man’s Land– This short documentary follows Moroccan Jewish activist and former Israeli Black Panther leader Reuven Abergel as he leads a tour of Musrara neighborhood in Jerusalem. Using the historical landscape of the city, Reuven recounts the history of the Israeli Black Panthers, a protest group started by Mizrahi Jews from the Middle East and North Africa struggling against Israeli state violence against their communities. In the process he also illustrates why he believes anti-Mizrahi racism in Israel is deeply connected to the dispossession of Palestinians.

Zionism from the Standpoint of It’s Jewish Victims

Between Mizrahim and Palestinians: The Tension Between Exclusion and Responsibility

The Myth of US Citizenship

The US, like Israel, is a settler colonial state built on stolen land through the genocide of the indigenous population and with the labor of enslaved Africans kidnapped from their homelands. Citizenship was never open to everyone. From 1790 to 1952, only “free white immigrants” could become naturalized citizens. Black former slaves did not receive citizenship until the passage of the 14th Amendment in 1868, and it was not until the 1960s that the federal government passed laws to ostensibly guarantee the rights of its Black citizens.

Citizenship has also been conferred onto Indigenous peoples as a way to abrogate their rights as sovereign nations. The 1871 Indian Appropriation Act ended the US government’s recognition of Indigenous tribes, relegating them to the status of an “internal population” and removing roadblocks to the forcible seizure of their land. Half a century later, the Indian Citizenship Act of 1924 unilaterally made all Indigenous peoples citizens in an attempt to assimilate them into the US political and socioeconomic system.

An Indigenous Peoples’ History of the United States

Malice Enough in their Hearts and Courage Enough in Ours: Reflections on US Indigenous and Palestinian Experiences under Occupation

Today citizenship in the US and Israel serves to uphold a system of exclusion, as well as to maintain a hierarchy that positions white people at the top. The debates around undocumented immigrants, refugees, and asylum seekers highlight how citizenship is deployed to deprive certain populations of basic human rights in the name of the law and national security. The widespread state violence meted out to Black, brown, and Indigenous populations through physical attacks, as well as grossly unequal access to state resources and protection, further exposes the myth of citizenship, illustrating how it has never guaranteed equality or justice for all.

Watch the “Debunking the Myth of Citizenship” webinar, featuring Adalah Justice Project, The Red Nation, Black4Palestine, and the Jews of Color and Sephardi/Mizrahi Caucus to learn about the legal, political, and economic construction of citizenship in Israel and the US. 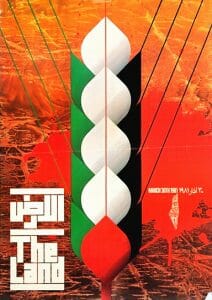 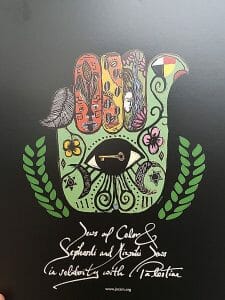 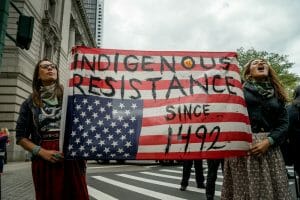