On Tuesday, November 12, an Israeli airstrike killed Bahaa and Asma Abu al-Ata while they slept in their home east of Gaza City, starting the latest escalation of Israeli violence in the Gaza Strip. In the past two days, Israeli airstrikes have destroyed homes and killed entire families, damaged schools and killed students, and terrified already traumatized families. Israeli forces have killed 34 Palestinians in these two days (here are their names) and injured another 111, including 51 children. Recurrent Israeli attacks on the Gaza Strip over the past several years have destroyed houses of worship, schools, hospitals, municipal buildings, media offices, agricultural lands, and refugee camps, while the ongoing blockade prevents the rebuilding of this infrastructure.

We cannot stop Israel’s machine of violence and destruction today. But it is incumbent upon us, as residents of the country that has written Israel blank check after blank check for weapons to be used against the Palestinian people, to take a stand and demand justice.

1. Demand justice for all

No place is safe for Palestinians. Palestinians, like everyone else, simply want to live freely and safely in their homes, to be treated equally in their country, and to give their children and families a brighter future. Instead, Israel is bombarding a trapped population in one of the most densely populated places on earth, a place that has been under blockade since 2007 with devastating humanitarian consequences. The only tenable progressive vision for the world is one in which all people are free, and in which we uphold justice for all: equal rights, historical justice, and freedom—from the US to Palestine. Add your name to tell Congress that we want a new political vision that asserts that justice is indivisible!

2. Take your people power to Congress

The situation is urgent and people of conscience are moving to action. Right now, the response from our policymakers is to be largely complicit in Israeli oppression and the perpetuation of the separate-and-unequal apartheid status quo. It’s on us, as people of conscience, to generate long-term momentum for campaigns whose discourse and goals push towards freedom, justice, and equality. Use our grassroots advocacy toolkit to learn how to take your people power to Congress.

How to Talk About What's Happening

1. Nowhere is safe for Palestinians.
Palestinians, like everyone else, simply want to live freely and safely in their homes, to be treated equally in their country, and to give their children and families a brighter future. Instead, Israel is bombarding a trapped population in one of the most densely populated places on earth, a place that has been under blockade since 2007 with devastating humanitarian consequences.

2. The Israeli attacks on the Gaza Strip come within the context of the Great Return March, and escalating aggression from Israeli forces against Palestinians across the occupied Palestinian territory.
Thousands of Palestinians in the Gaza Strip have been protesting at the Gaza boundary every week for the past year, demanding the right to return to their homes and their freedom. Israel has responded to their calls with death, exercising lethal and excessive force. As of November 11, 2019, OCHA reports that Israeli forces have killed 213 Palestinians and injured more than 35,415 (higher numbers have been reported by the Palestinian Ministry of Health)—disabling many for life and using live fire, expanding bullets, and unknown toxic gases on the demonstrators.

This escalating aggression isn’t limited to the Gaza Strip—in the last few months, there has been an escalation of Israeli violence against Palestinians across the occupied Palestinian territory. There have been an increasing number of cases of torture and abuse of Palestinian political prisoners, an uptick in the demolitions of Palestinian homes and schools, increasing attacks by settlers, and wave upon wave of nightly arrest raids in the occupied West Bank. And Israeli forces continue to kill Palestinians with impunity.

3. Israel’s decades-long oppression of the Palestinian people is the root cause of the problem.
If we want a future of justice for all, Israel has to end its illegal rule over Palestinians and Palestinian land. Nothing justifies denying Palestinians—in Gaza and beyond—their freedom. Palestinians are subjected to structural and physical violence by Israel every, single day as they have been for the last 71 years. Wherever they live in the occupied Palestinian territory—the Gaza Strip or the West Bank, including East Jerusalem—or are Palestinian citizens of Israel, or are refugees living in exile, the Palestinian people are treated as an existential threat by Israel. They endure the violent theft of their land and resources; racial profiling; the targeting of civilians; mass incarceration of Palestinian men and boys; the denial of return for seven million Palestinian refugees; military occupation in the West Bank, including East Jerusalem, and Gaza Strip; and for Palestinian citizens of Israel, being relegated to a second-class status in their own homeland.

4. Large scale bombing campaigns in the Gaza Strip are usually linked to escalations in Israeli oppression across the occupied Palestinian territory to divert from a crisis in Israeli politics.
For Israeli politicians, escalations in violence against the Palestinian people are just another spectacle in their political theater—a display of power used for political gain. In the case of this week’s airstrikes, it is likely that Netanyahu is attempting to cling to his dwindling political influence through a show of force, knowing also that ongoing impeachment proceedings in the US will mean less international media coverage of the atrocities he is committing in the Gaza Strip.

6. We’re standing up against US complicity in ongoing Israeli human rights violations.
As people living in the US, it is incumbent upon us to speak up and demand the US government hold Israel accountable. Israel receives $3.8 billion in taxpayer-funded weapons each year. There are US laws being ignored that prohibit these weapons from being used to commit human rights abuses. It is past time to end Israel’s impunity for its oppression of the Palestinian people.

The people of Gaza are not numbers and statistics. They are people with hopes and dreams for a future. Amir, just 7-years-old is one of the young Palestinians who lost his life from an Israeli missile during this most recent assault on Gaza.⠀
⠀ pic.twitter.com/9xMXwqOWs7

When it’s not the bombs dropping, it’s the daily suffocation of Israel’s siege that is killing Palestinians in #Gaza.

“One of the biggest barriers to treatment for cancer patients within the Gaza Strip is the fact that they must leave to get it.”https://t.co/AgdJvlL6G3

Israeli airstrikes killed 34 Palestinians in the Gaza Strip in the past two days. They are not just numbers. Remember their names and faces. https://t.co/v3Ke2SSdnG

Already plugged into an event? Download and print signs to take along!

Click on the thumbnails below for hi-resolution printable files. 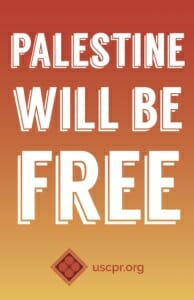 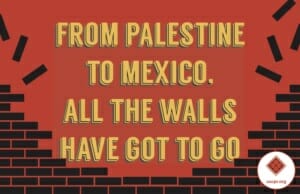 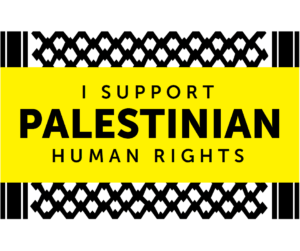 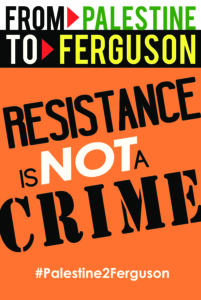