Washington, DC: I Want This Poem to End: An Evening Poetry Reading 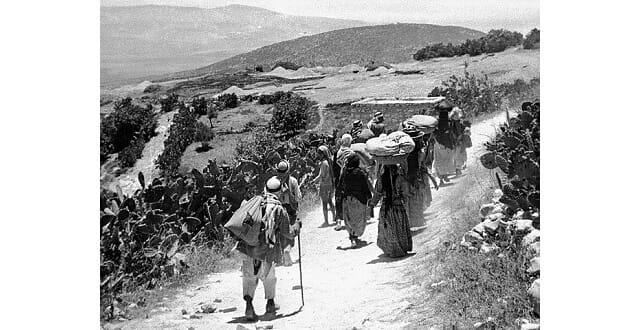 Note: This will NOT be a livestreamed event.

In commemoration of the Palestinian nakba, ongoing for the past 70 years, and in light of the wide-spread nakba that now defines the Middle East, join us for a night of poems reflecting on exile, siege, war, and resistance. Zeina Azzam, Zein El-Amine, Sharif Elmusa, and Kim Jensen will read from their own works, in combination with a variety of Palestinian resistance poets–Darwish, Zayyad, Al-Qasim–and more contemporary poets–Naomi Shihab Nye and Dareen Tatour–to structure this moment of recognition.

Zeina Azzam  works as publications editor for Arab Center Washington DC, a think tank that focuses on Arab politics and US policy. Previously, she was executive director of The Jerusalem Fund, senior program manager for Arabic language and Arab culture at Qatar Foundation International, and director of educational outreach at Georgetown University’s Center for Contemporary Arab Studies. Zeina volunteers for organizations that promote Palestinian human rights and civil rights of minorities in Alexandria, Virginia, where she lives. She also mentors youth from Gaza in the writing program, We Are Not Numbers. Her poems have been published in Mizna, Sukoon Magazine, Split This Rock, Heartwood Literary Magazine, Lunch Ticket, The Fourth River, and five edited volumes, including Gaza Unsilenced (Just World Books, 2015). One of her poems was selected recently for inclusion in Bettering American Poetry Volume 3. Zeina holds two Master’s degrees, in sociology and in Arabic literature.

Zein El-Amine is a Lebanese-born poet and writer living in Washington DC. His poems have been published by Wild River Review, Folio, Foreign Policy in Focus, Beltway Quarterly,DC Poets Against the War Anthology (Argonne House Press, 2003), Penumbra, GYST,Joybringer, Split this Rock and Middle East Report. He will also be featured in an upcomingGhost Fishing: An Eco-Justice Poetry Anthology (University of Georgia Press, 2018). His short stories have been published by Boundoff and Uno Mas, Jadaliyya, and Middle East Report. He is also the host of the radio show Shay Wa Naa Naa at the Pacifica Station in Washington DC. The radio program focuses on Arab politics and culture.

Sharif S. Elmusa is a widely published poet, scholar and translator. Apart from his academic publications on the culture and politics of the environment, and his translations of Arabic poetry and fiction, he is the co-editor with Greg Orfalea of as Grape Leaves: A Century of Arab-American Poetry (Interlink Books, 1999).  He is also the author of a book of poems Flawed Landscape (Interlink Books, 2008). His poems and essays appeared in numerous anthologies, print and online magazines, and newspapers, in the United States and internationally. including most recently, The Massachusetts Review, Mizna, The Indian Quarterly (India), Jadaliyya, Voxpopulisphere. He received his Ph.D, from M.I.T. and taught at the American University in Cairo for many years, at Georgetown University, Qatar, and at Yale University. Sharif grew up in a refugee camp, near Jericho, Palestine. and lives mainly in Washington, D.C.

Kim Jensen is a Baltimore-based writer, poet, educator, and activist. Her books include a novel, The Woman I Left Behind,(Curbstone Books, 2006) and two collections of poems, Bread Alone (Syracuse University Press, 2009) and The Only Thing that Matters (Syracuse University Press, 2013). Active in the peace and justice movement for many years, Kim’s work has been featured in numerous publications, including Electronic Intifada, Mondoweiss, Extraordinary Rendition: Writers Speak Out on Palestine (Olive Branch Press, 2016), Gaza Unsilenced (Just World Books, 2015), Bomb Magazine, Rain Taxi Review, Al Jadid, The Baltimore Sun, Oakland Tribune, Left Curve, Liberation Literature, Al Ahram Weekly, Washington Report on Middle East Affairs, Sukoon, and Mizna. In 2001, she won the Raymond Carver Award for short fiction. She is professor of English and Women’s Studies at the Community College of Baltimore County, and is an active member of the Baltimore Green Party.