Boston: Remember and Resist: 70 Years of Ethnic Cleansing in Palestine 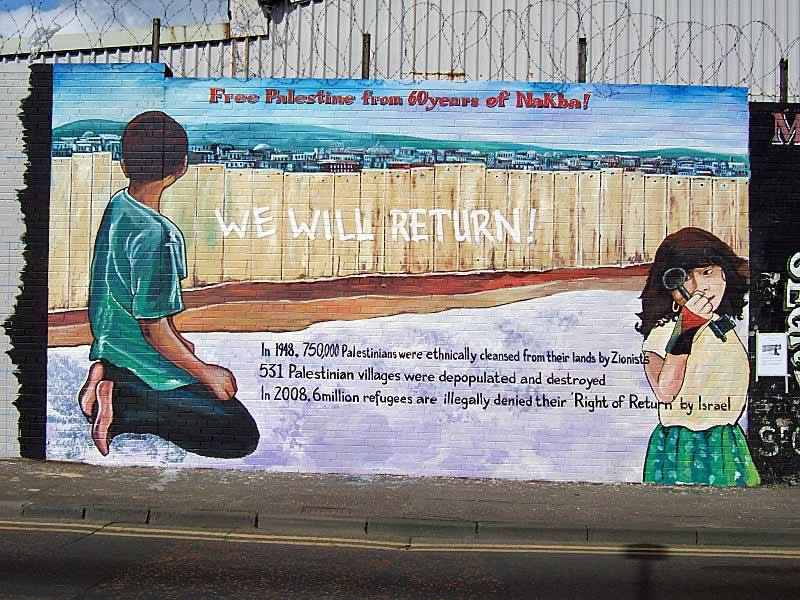 Join the conversation and help strengthen our impact on social media!

*PLEASE NOTE DATE AND LOCATION CHANGE*
Because the current forecast for Saturday is rainy and cold, we have decided to postpone the Nakba event until Nakba Day – Tuesday, May 15 at 5 PM, when it is supposed to be sunny and warm.

We will meet at Park Street and form an organized line along the sidewalk bordering the Common, holding various banners, posters and exhibit pieces.

*PLEASE COME PREPARED TO HOLD SIGNS AND BANNERS–we will have lots!*

Palestinians and their allies are marking 70 years of Nakba, or the ethnic cleansing of Palestine since 1948, with an exhibit and solemn procession showcasing the nature of Israel’s ongoing crimes.

Palestinians and their allies in Boston are marking the 70th commemoration of the Nakba – the catastrophic Israeli ethnic cleansing of Palestine. In 1948, almost a million Palestinians were violently dispossessed of their homes and land by Zionist settler colonialists. The emerging Israeli state stripped Palestinians of their possessions and livelihood. Many Palestinians were expelled or fled to neighboring areas and have struggled to survive and return ever since. Those who managed to stay in their homes were subjected to Israeli rule and treated as second-class citizens.

Seventy years later, the Nakba continues. Palestinians in Gaza live in the world’s largest open-air prison without sufficient access to water, healthcare, electricity, movement, and work. Those in the West Bank confront highly-oppressive Israeli occupying forces and hostile settler populations daily. Palestinians internally and externally displaced continue to struggle with life in refugee camps and have been violently targeted and uprooted again. Palestinians in Jerusalem have continued to experience “legalized cleansing” – they have no legal status and are under constant threat of home demolition; those living inside 1948 borders with Israeli citizenship are treated as less than second-class citizens. Bedouin Palestinians are under constant threat of being uprooted; and those in the diaspora have often struggled to return home and to raise their voices under fear of reprisal.

As Israelis celebrate, for the seventieth time, the anniversary of their “independence” from their settler colonial sponsor, Palestinians mark their forced expulsion and loss of their livelihood and homeland.

For example, recent events in Gaza only serve to emphasize the ongoing cleansing and conquest of Palestine. In Gaza, the Great March of Return, a peaceful encampment and weekly protests along the border with Israel, has been met with Israeli snipers firing live ammunition, rubber bullets and gas at unarmed protesters, journalists and children and has resulted in the death of over 40 Gazans and injuries to hundreds more. Rising tensions in the West Bank due to heightened Israel military pressure on places like Nabi Saleh – the home of Ahed Tamimi – further exemplifies Israel’s ongoing cleansing, apartheid, and oppression.

The undersigned groups have thus united and organized “Remembering and Resisting the 70 years of Ongoing Nakba” to draw the attention of Bostonians to the Palestinian experience of the Nakba. The exhibit will be displayed on Tuesday, May 15 at Park Street Station beginning at 5:00 PM. Our goal is to draw attention to the many and varied ways in which Palestinians have encountered and continue to resist the ongoing Nakba, and the ways in which Israel has ensured its legacy for generations.